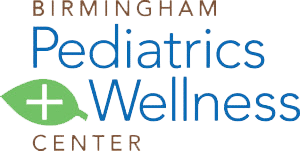 The Scoop on Poop–Stomach Flu Edition!

Vomiting, frequent loose or diarrheal stools, low energy, refusal to eat and drink and just plain crankiness.  Just when we thought we were over the summer “run” of intestinal infections, we find ourselves in the midst of the winter gastroenteritis.   We hear you, and there is a way to help your child!

On one of the busiest days in our office, I found myself walking from one room to another with kids who had vomiting and diarrhea.  I couldn’t help but notice we were having a mini-outbreak of gastroenteritis–AKA the stomach flu! Family after family was looking for ways to beat the winter stomach bug. Many wondering if their child would be okay, when he would be back to the fiercely obstinate three year old he once was. Mostly though they were wondering what the heck was causing so much vomiting and diarrhea and how to get their kids to eat. As a mother of two preschoolers myself I realize how difficult it can be to get your kid to eat what you want them to on a normal day, let alone on a day when they are especially cranky and too tired to cooperate with your doctor’s orders to push fluids!

What causes the stomach flu? Hint: it’s not Influenza!

Before we delve into the realm of management, let’s define gastroenteritis. Gastroenteritis (also known as the stomach flu) is an illness where stool frequency is increased to 4 or more loose or watery stools in a 24-hour period, or loose/watery bowel movements exceeding your child’s usual number of daily bowel movements by two or more.  Sometimes you will see vomiting, fever, or stomach cramps as well.

Most of the time gastroenteritis is caused by one of several viruses in otherwise healthy children. These ‘stomach bugs’ can occur throughout the year but predominate in the fall and winter.  Viral gastroenteritis is acquired through the fecal-oral route–meaning poor handwashing after using the bathroom or diaper changes spreads this virus!  Rotavirus, Norovirus, Sapovirus, Astrovirus and Adenovirus are some of the most common culprits.  Notice Influenza is NOT on the list—stomach flu and Influenza are not the same and the flu shot won’t prevent the stomach flu!

As with most viral infections, there is no medication to cure the illness. Over the counter anti-diarrheal medications like PeptoBismol and Imodium can prolong and even worsen symptoms.  In order to achieve recovery, the infection must “run its course”.  Pun intended.  Slow but steady fluid replacement is the key to recovery.

Diarrhea is a mess! What about dehydration?

Although symptoms vary from one person to another, common symptoms include diarrhea, vomiting, fever, stomach cramps, loss of appetite, headache, and muscle/body aches. Most gastros are self limited, messy, (and smelly!) but occasionally there are complications which make us worry. When diarrhea is severe (more than 10 loose stools per day or accompanied by lots of vomiting) can dehydration can occur. Salts and acids in the blood can get out of whack too causing behavior changes when illness is severe and of course a wicked diaper rash can spring up from contact with all that poop!

All kids will get a little dehydrated from all that pooping but most won’t have need any special intervention, just have them drink small amounts of fluids frequently. If your child is vomiting too, wait about 2 hours from the last episode of vomiting before offering sips of fluid or you will just cause more vomiting.

For mild to moderate cases of dehydration secondary to gastroenteritis, studies have shown benefit to using solutions containing equal amounts of sugar and salt. A solution with too much sugar or carb such as juice will exacerbate diarrhea, leading to low sodium levels in the blood, while a solution with too much salt such as chicken soup or broth will lead to high sodium levels.  Experts suggest using a solution of juice diluted in water, if not able to give the preferred commercially available oral rehydration solution- Pedialyte.  Giving the solution in small amounts throughout the course of the day will enable the child to achieve rehydration with much less intolerance.  Sometimes, for a child with severe nausea and vomiting which prevents oral rehydration therapy we may need to use a medicine to slow down the vomiting such as Zofran.

A severe case of dehydration occurs when the child has had symptoms of frequent vomiting and diarrhea for a few days AND is resistant to oral fluid replacement. In these cases note how many times the child has peed.  Having urinated 4 times in 24 hours is a good indication that the child requires close monitoring but is hydrated enough.  A child who has peed fewer than 4 times, who is not making tears when crying, appears listless, or very tired needs to be seen to see if they need IV fluids.

Red or green is not good! Even at Christmastime!

Whether the infection is moderate or severe, if there is ever any red blood in the stool or vomit or the throw up appears bright green, the child’s pediatrician should be contacted immediately, as this could warrant a medical emergency.

Every kid will have a stomach bug at one time or another and since rotavirus is nearly gone now due to vaccination, fewer hospitalizations will need to occur. Wash your hands, use common sense, and go slowly with frequent sips of liquid and you will get through the worst of it! 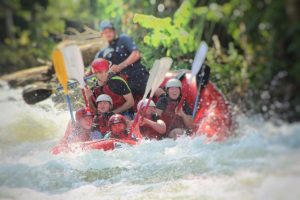 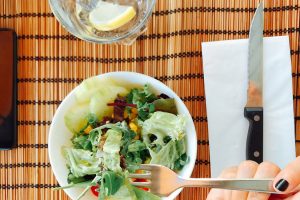 Vegetarian, Keto and More! Your Teen and Dieting

Bedwetting: When to Worry, What to Do

Be the first to know

We are so excited to offer the COVID vaccine to our patients and are dedicated as ever to the health and safety of the children we serve!
We will have a COVID Vaccine Clinic on Tues, Nov 16th starting at 5:15pm. Due to the lack of daylight this clinic will be in-office. Established patients of the practice can go to the link below and schedule up to four children per family in one time slot.
While the time slots may appear to fill up fast, please keep checking back as we will continue to add appointments based on a manageable capacity.
Make an Appointment